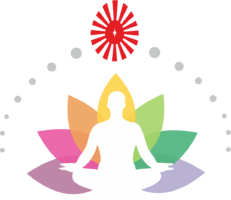 The Consitution of India not only grants equality to women but also empowers the State to adopt measures of positive discrimination in favour of women for neutralizing the cumulative socio economic, education and political disadvantages faced by them. Inspite of such a powerful protection tool, yet we find women at the receiving end finding it hard to survive on their own.

Why is it so that our society is still afflicted with the disease of ‘Gender Inequality’?

The reason behind this is because since ages it was believed that the different characteristics, roles and status accorded to women and men in society are determined by sex, that they are natural and therefore not changeable. Hence, gender is seen closely related to the roles and behavior assigned to women and men based on their sexual differences.

We should remember one important thing that the human soul,whether it be in a male or a female body,can simultaneously/equally have the male qualities of courage, hard work & strong willed action as well as female qualities of compassion,caring,nurturing & giving sustenance. Hence it is possible to have these kinds of qualities & further use them in human development by a shift in consciousness, i.e. by being soul conscious instead of having body consciousness and connecting the self with the supreme source who is the most powerful entity.

But, if  one who fails to connect self with the supreme power, he/she would end up having half development because we should understand a fact mentioned in our scriptures that ‘Almighty’ has both the types of qualitites and hence by linking self to him one gets both the types of divine qualitites, however identification of the self with the male or female body may deprive a person of half of these and hence spirituality becomes a pre-requiste to facilitate this union between soul & supreme because it ends hostility,antagonism & clash of interests and divisionism in the society & brings integration,strength & solidarity.

So, the ultimate solution for gender inquality does not lies in replacing the male chauvinism by female chauvinism, but by liberating both the halves of the society from gender bias ,based on body consciousness.

Copy Protected by Chetan's WP-Copyprotect.
Follow @rajyogispeaks
Send this to a friend
Go to Top